Complicated, dramatic relationships are part of the teenage experience.

In that fashion, Dan has Sophie, a Southern spitfire who wants their *ahem* situation to be carefree and uncomplicated, but discovers that such a thing is pretty much non-existent.

Sophie was one of my favorites to write—she’s strong and self-assured, but also can be naive and selfish. Like anyone in high school, she’s still figuring herself and her future out, but where Willa and Dan are uncertain and, though excited about the future, see it as a freight train without brakes headed for them, Sophie puts on the conductor hat and steers her future exactly where she wants it to go.

So, ladies and gentlemen, I am excited to present Dan’s, um, Sophie—Sophie Tucker.

“Sophie. I hate to be the one to tell you this, but you can be a little high strung.”

I wait for a second thinking that maybe she’ll show up at my front door so she can bite my head off in person, but after a couple of seconds she says, “Yeah, I guess you’re right. I can be a little much sometimes.”

“It’s not a bad thing,” I say, hoping that maybe I could ease her mind a little. “But when you want something, you put all of your energy and attention and being into it and you get tunnel vision, and you treat everyone who crosses your path as an enemy instead of a potential ally.”

I pause for a second to try and figure out what to say next, but Sophie jumps in.

“You’re so right,” she says, as if she’s having a life-changing epiphany. “You know, I was always taught to be a sweet, soft-spoken Southern belle, but somehow that never stuck. I’m too stubborn and competitive and aggressive. Instead of charming my way into friends, I just bulldoze right over them and make everyone afraid of me. Oh my God, I’m Nietzsche.”

“Well, I wouldn’t go that far,” I say with a laugh. “But you’re definitely someone who is tough competition. There’s nothing wrong with that. You’re going to be an incredible journalist one of these days. You know that, right?”

“You bet your ass I do,” she says confidently. 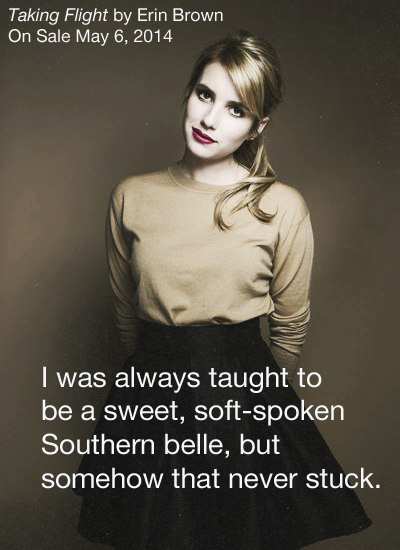