If I Stay Movie (And Book. Because Always Books.)

Y’all. Okay, so, this book is one that I sped my way through while my boyfriend-at-the-time watched a March Madness game. He was so completely shocked that I finished an entire book in the time it took a college basketball game to play out that he just stared at me for about five minutes without saying anything, as if he had never met a bookish person before.

That should have been the moment I knew things wouldn’t work between us. ALAS.

But anyway, the book is incredible and you should read it if you haven’t already. And now! There’s a movie! It’s actually been out for about a month, but better late than never, right? Right.

So the movie is so great. Freaking great. Mega great. And the guy who plays Adam sings and is really good and you will feel all of the swoons. Also, uh, bring lots of tissues.

His vooooooiiiiiiiice, y’all. It is rich and soulful and bluesy and raw and yes. Also, he’s Irish. In case that does anything for you. 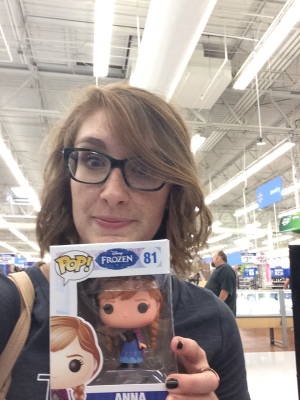 I couldn’t help myself! Elsa has been getting all the attention, and I love me some Anna, so when I saw her, I had to have her. Now she gets to hang out with Daenarys. And soon, Buffy and Lady Sif, when they’re released later this month.

Fair warning: this musical will eat your soul.

And it’s going to be a movie with Anna Kendrick and Jeremy Jordan and it’s been officially picked up by a distributor, so it will be coming to theaters next Valentine’s Day.

Because this musical is SO GOOD but SO SOUL EATING.

Anywho, here’s the clip of my girl crush, Anna Kendrick, from the movie, in which she sings and impairs Jeremy Jordan’s driving abilities.

I hope you’ve all had a great week and have a wonderful Friday!